The Island Comino: Home to the Blue Lagoon

Home / Blog / The Island Comino: Home to the Blue Lagoon

Spending a Day on the Tiny Island of Comino is a must.

Comino is a small paradise island lying between Malta and Gozo, home to the infamous Blue Lagoon. The island is mostly uninhabited, except for a few older members of a family, of which one is the island’s guardian; the island’s sparse population has dwindled to almost nothing. It’s a completely undeveloped island, except for a few odd buildings and a single dirt road. But if you take the time to explore it, you will find that the island, which takes no more than a few hours to walk around, has many hidden curiosities.

You may reach Comino by ferry from Cirkewwa, Malta, or by a few smaller boat operators from various locations in Malta and Gozo. Most services will bring you directly to the Blue Lagoon. You will find kiosks selling food and drinks here, but if you plan to walk around the island, make sure to take water with you. Also be warned that there is no shade, but for beach umbrellas and a small woodland in one area of the island.

Nothing can prepare you for the dazzling sight of the clearest azure water you will ever set eyes on. The Blue Lagoon is set between Comino and the islet of Kemmunet, which are stark but which geological features are unusual and create a beautiful setting. The sand is white and thick, sinking straight to the bottom, meaning the water is never murky. The rocks and underwater caves are rich with marine life, and snorkelling here is a treat.

The best time to enjoy the Blue Lagoon is before the first ferry has arrived or the last ferry has left, leaving the place deserted with an awe-inspiring beauty. Otherwise expect its shores to be crammed with deckchairs, share a crowded swimming area, and listen to the noise of the crowd and the boats chugging back and forth every few minutes.

It is worth considering spending the night in Comino just to experience the pristine desert island sensation. Camping is an option at Santa Marija Bay, a mere twenty minute walk from the Blue Lagoon along the northern side, while in St Nicholas bay, which is located between them, there is a hotel that operates during the summer months only.

Santa Marija Bay is underrated, not surprisingly when it is competing with the Blue Lagoon. But the bay is very pretty, the water is inviting, and the beach is lined with trees that offer their kind shade from the hot summer sun. The camping area lies just behind the trees, a comfortable stretch of flat land just metres from the beach. The area is served by showers and toilets. Bungalows from the hotel discreetly line the west side, where the police station and chapel are also located, while to the east a path leads to the magnificent Santa Marija Caves.

Traditionally, a service is held at the chapel on Saturday evening, and locals come ashore from their yachts and sailing boats to attend, so that, religious duty done, they can fully enjoy their Sunday relaxation on water. The police in Comino wear shorts and, as you can imagine and rarely have much to do.

The path that leads east from Santa Marija Bay takes you through a rugged terrain past a smaller beach. Beyond the beach, giant rocks are strewn across the ground as though they didn’t belong there. Geologists confirm that the rocks were carried by the water from far away and placed there by some powerful waves eons ago. Make your way through these rocks to the water’s edge, and there you will find the mouth to the Santa Marija Caves.

Be prepared to marvel at the spectacle, the rock art engraved by wind and water in time. A large mouth gives entry to a large cave into which you must step down. Further along, another step leads directly into a natural indoor swimming pool. The pool is connected to the exterior from two sides of the cliff and boat dives here are popular. Above water, the cave also gives way to the other cliff side through a window, and here, four massive cave mouths provide much entertainment to deep water soloing enthusiasts. The sea inside and outside the cave is wonderful to swim in.

Back along the way you came, go all the way to the dirt road. As you walk up, you will come to a fork in the road. To the west is the way to the Blue Lagoon, whence you came; take the road south. Along the way, you will stumble upon a small military cemetery, a pig farm, the little farmstead belonging to the island’s four inhabitants, and some old army barracks, before you finally reach the historic tower.

Saint Mary’s Tower, also known as the Comino Tower, is a large bastioned watchtower, which was built in 1618 by Grand Master Wignacourt. If you’re lucky, the flag will be flying and you can gain free entry to the interior of the tower, which is run by volunteers from Din L-Art Ħelwa.

But the real spectacle is the view from the tower. Perched on the edge of a high cliff, the tower watches over the stunning scatter of islets separating the Crystal Lagoon below from the Blue Lagoon, with their caves, arches and windows, as Gozo lies yonder with church steeples against the sky. This is absolutely the best sunset spot on Comino, but you’ll have to sleep over to enjoy it.

The trail follows along the cliff edge down to the Crystal Lagoon, a rounded bay with sparkling deep blue waters surrounded by high cliffs and caves, or to the Blue Lagoon, arriving from the other side. With this you have completed your Comino Tour!

Want to learn more about the island of Comino? Watch this video:

Want more ideas of things to do in Malta? Check here. 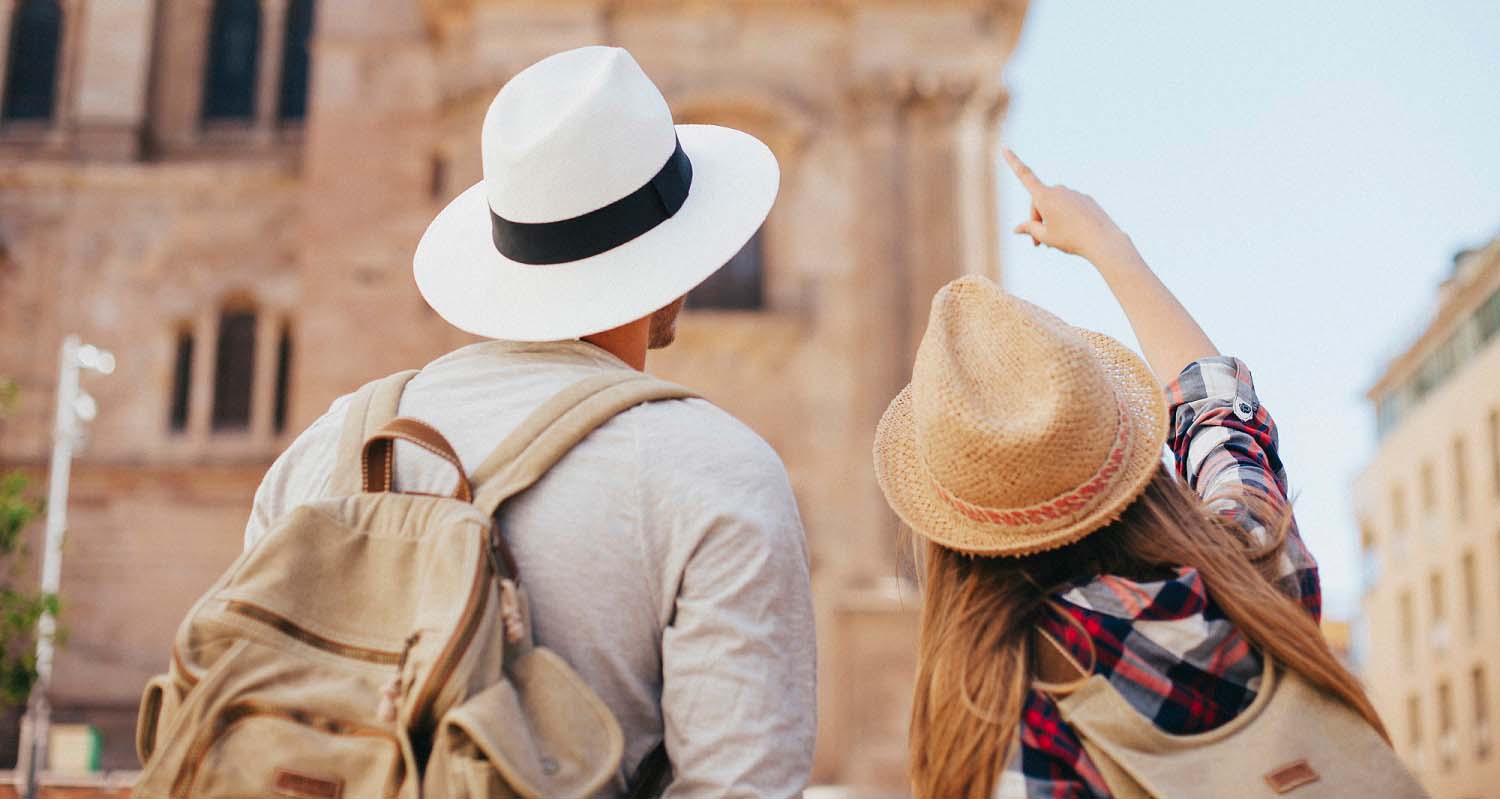 Would you like to learn English in Malta, Gozo or online? Talk to us!